About the Mother from How I Met Your Mother. 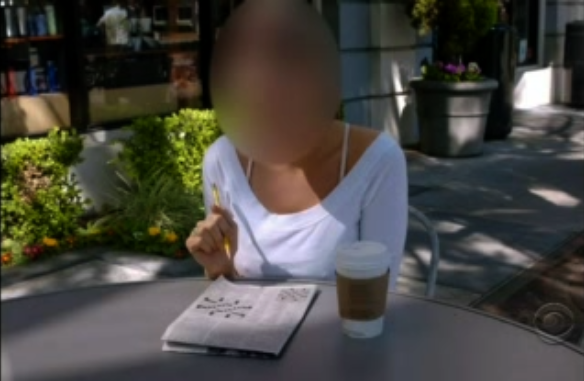 ***Thanks for all the comments, but I’m closing down commenting on this article. It’s at over 650 comments and that’s a ton to read, People are saying the same things over and over. In the spirit of keeping the conversation going, I’ve summed up the bulk of the post and what people are saying here and have started a new thread called More on Who is the mother from HIMYM.

Like most posts tat I really enjoy it’s overly in depth, check it out and let me know what you think!

I feel that a big question for How I Met Your Mother fans has always been “Who is the mother?” And while we don’t have a definite answer, we can take what we do know so far and begin to formulate some ideas. This is a long one so go grab a drink and pull up a chair. By the way, HIMYM returns to us on March 17th! So hopefully soon there will be more to add to this list! Disclaimer: I love theories, but I have not posted anything here that cannot be backed up. Enjoy!
Who we know is NOT:

1. Robin is not the Mother. We learn this in the first episode and and it is reconfirmed countless times in all 3 seasons. No matter how much people “want it to happen, ” it just won’t. Get used to disappointment. In fact, for those still

letting the thought wonder in the empty space in your head let me share the best explanation / recap on the subject from tv.com forum user RUdaPs:

To explain the surprise of the “…and that’s how I met your Aunt Robin.” line in the pilot…

If you pay attention throughout the pilot, Future Ted always says things like “…and then I went to her apartment.” The assumption is that the kids are thinking the whole time that “she” and “her” are their mother because Future Ted says that he’s telling the story of how he met their mother. The only thing is, he doesn’t say a name. So at the end when he says “…and that’s how I met your Aunt Robin.” the kids are surprised.

It’s like watching “The Sixth Sense” for the first time. (If you haven’t seen it and would like to you should stop reading this and skip to the next paragraph.) You always assume that Bruce Willis is alive but it is never clearly stated. Then if you go back and watch it again, you realize that only the kid talks to him throughout the movie. Even though you thought it was obvious the story was about one thing it was clearly about another and you can go back and see what it was really about

2. The string of possible girls throughout Season 1. There was Natalie (Return of the Shirt), Ted’s old girlfriend, who knew Krav Maga. Coat Check Girl (OK Awesome), that Carter Bays even joked that if the writers strike ruined the show for good, she was the mother. Even though we never meet her (which would be a great idea for this season…hint, hint), the Slutty Pumpkin (from oddly enough the episode called the Slutty Pumpkin). Dr. Sara O’Brien (Matchmaker), the engaged 9.6 match found by love solutions. Trudy (the Pineapple Incident), who came back in the Third Wheel…let me side track here for a moment. Ted only says “I left Trudy a message, but she never called me back”…to me this implies he never saw her again, but I suppose that was the way around things for that episode (that and “Some stories you tell, some stories you don’t”…seriously, would would ever tell their kids they rode the tricycle)…anyhow moving on. There was Victoria from episodes 12-18, she was great, would have been nice, but she won’t be back (at least not as marriage material). Let’s not leave off Mary the Paralegal (and that is a shame…but when you don’t laugh it just seems mean). And I can sum all these up as “not the mama” because in the episode Lucky Penny from Season 2, Ted says:

“My destiny was to stay in New York. Because if I hadn’t, I never would have met your mother.”

Thus saying that up to this point, he has not met the mother yet, so we have not seen her. Take a moment and let that sink in if you need to.

3. Ted’s soul mate. Let’s camp on this one for a moment. Season 1 episode 21, Milk, the dating company finally comes through and finds Ted’s soul mate. Now if #2 is true then she could be included in that group. However, Ted never actually met her in person. Will this be a loophole? Will she ever play back in? I leave it to you…personally I feel, the “Soul Mate” is out of the picture or at very least not the mother…I just felt she needed to be mentioned.

4. The girls form Season 3 (so far). Well Season 2 was a wash as far as “the mother” because Ted was with Robin the whole time. And in Season 3 so far I don’t think we have seen any potential for a “mother character”. In some of the recent interviews with the creators of HIMYM they confirm this thought (more or less). In the Platinum Rule, Ted say something about that being all with Dr. Stella for now…but I seriously doubt she is the mom…and here is why….

WHAT WE THINK WE KNOW SO FAR:

1. Her name. Now this is just a theory but it seems to be a pretty strong one. The mother’s name is Tracy…don’t believe me? Season 1 Episode 9, Belly Full of Turkey, at the end of the episode a “burlesque entertainment artist” approaches Ted and says what he did was sweet… She says “I’m Amber”…then says “Actually, I’m Tracy”… then future Ted’s (Bob Saget) voice pops in and says “And that kids is the true story of how I met your mother.”

The kids are blown away surprised. He does say he is kidding…however ponder this if you will…why would the kids even believe it for a moment if their mother’s name was not Tracy?

*Update: Here is some more info on the Tracy Theory.

2. They meet in New York. This is a slight assumption too, however in Lucky Penny he says if he wouldn’t have stayed in New York he would have never met her.

3. The Yellow Umbrella. Season 3 episode 1, Wait for It, Ted says, “Kids, there is more than one story of how I met your mother. You know the short version, the thing with your mom’s yellow umbrella…” So we don’t know much, but we do know there is a yellow umbrella involved (You can thank Captain Obvious for that one).

Also if this is your first time here be sure to check out the How I Met Your Mother Show Reviews for the latest info on  “the mother”.