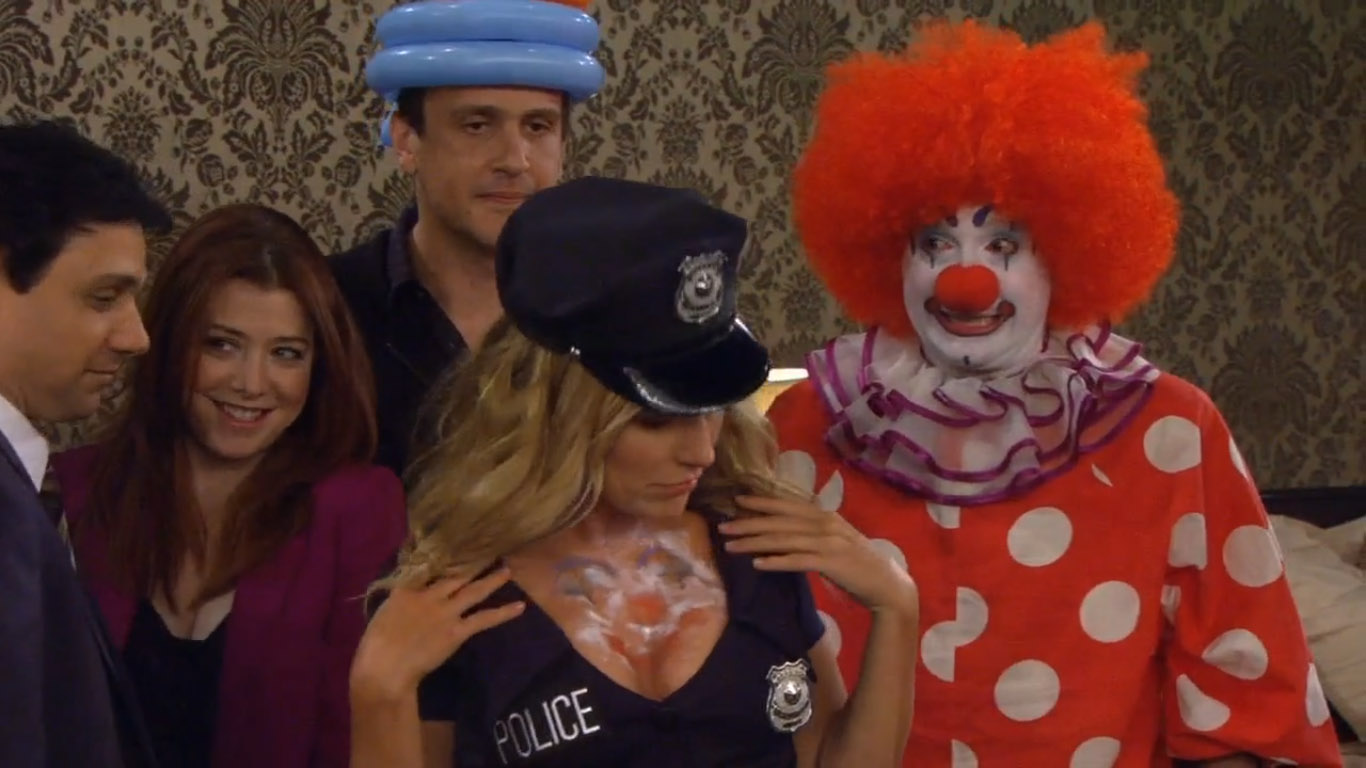 Will here, standing in for your regularly scheduled bloggers.

The time has come for Barney’s bachelor party. Expecting a lame party, Barney instructs Ted and Marshall on proper bachelor party procedure (to include a naked fire show or a naked magic show). Barney’s expectations are seemingly met when he is transported to just outside Atlantic City to enjoy a clown, the “wrong” karate kid and the only stripper Barney didn’t want to see- Quinn. Barney’s bachelor party ends after he loses Marshall in a game of Xing Hai Shi Bu Xing, Ted abandons him for being selfish, and Robin leaves Barney after discovering that Quinn was the stripper.

This was of course an elaborate ruse planned by Robin- which Barney loves in a twisted way. As an added bonus, the clown is actually the “real karate kid” – William Zabka.

“What’s got into you, oh that’s right- nothing ever.”

“My bachelor party was incr, wait for it, and I hope you’re hungry cause the second half of this word is edible!”

Barney’s mom calling out Robin for the dirty hoebag that she is.

Lily’s continued sluttines, in this case directed towards Ralph Macchio.

QUINN (kind of surprising that she was ok with the hoax).

“The Barney” as a foil to “The Robin”

Can we get back to the Mother please?