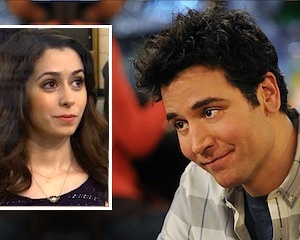 There was a brief moment Monday night whenHow I Met Your Mother was maybe solving all of its problems by introducing us to the mother. She’s played by Cristin Milioti! We actually saw her! Maybe now the show can go back to its more-pleasant roots and tell us a delightful love story! Alas, it is not to be. CBS president Nina Tassler cleared up some of the speculation about what would happen in the show’s ninth and final season. She tells TVLine that the whole season will indeed span just the 56 hours before Barney and Robin’s wedding, as some had feared, and will be about “how each character, before Ted, meets the mother. So, they each meet her independently before he does.” So if you were tired of seeing Ted Mosby be such a weenie, tough tacos for you.