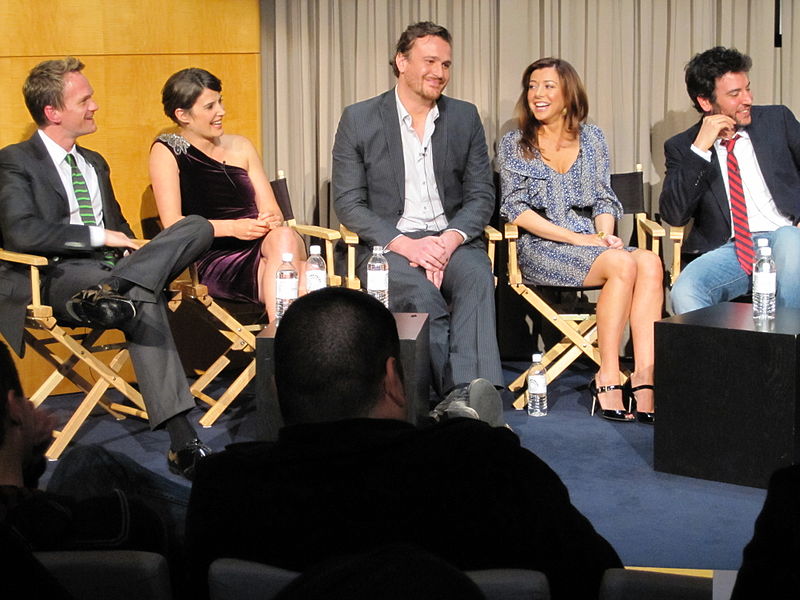 Finally a Season 8 Premier date for How I Met Your Mother! CBS.com tells us that first new episode of Season 8 will premiere on Monday September 24th at 8/7c.

I know it’s a long way off but it’s getting here as fast as it can…( reference intended) No official word yet on whether or not Season 8 will be the final season. I knwo that fans have varying views of whether or not the show should end. I, like many of you, am torn… while I’d love to see the mother soon, I love the show so much I hate to see it go.  As Bay’s says (interview from Alan “why is he always so lucky and awesome…seriously” Sepinwall) “We don’t ever want to keep the show on longer than it needs to,” he added, “just like we don’t want to end it before it needs to end.”

How far into the season can you break before you absolutely need to know if it’s the last season?
Thomas: This is the most obvious answer of all time, but it will be better to know earlier. [Laughs] Right now, there’s so much to pick up on the finale that we’re full for the first batch [of the season]. We’re OK for now, but the sooner we know the better because we like to plants lots of seeds and payoffs. When it’s the last season, we want to announce it from the rooftop and say, “Hey, there are 24 more episodes left. They’re awesome and you gotta watch it!” If it’s the last season, you’ll know it’s a big momentous season from the first episode. There is a definite plan of how we want to begin the last season, as kind of a “gasp!” moment within that episode. So yeah, we need to figure it out pretty soon.

I know the fans want to see the end game in many aspects, but we all love the show and the laugh, and I’m sure the show loves keeping it’s crew family together and working on a great show for as long as possible. Currently, HIMYM is only renewed through Season 8 so many are thinking this is the last, however the hold off to say for sure leads many fans (like myself) to believe we might get a Season 9.

I’m often wrong though and pretty open about that as well. 😉 What do you think or hope for?