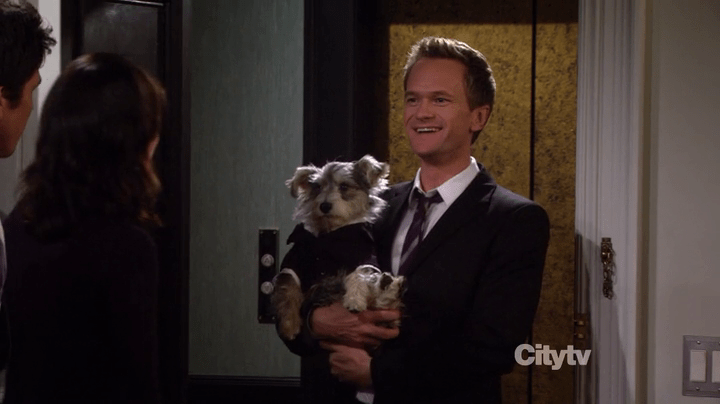 HIMYM does a great job tonight of hitting the funny and throwing in those moments. You know the moments I’m talking about, like the one where Ted proposed and Victoria says Yes, but No Robin anymore… Those moments come out of nowhere sometimes, even though we all know that they are always there waiting to kick us in the crotch. I’m not really certain of the female equivalent of that phrase. Never really asked. Punched in the boob? Hit in the ear? I guess that would hurt anyone since women don’t have the market cornered on ears…sorry for the rabbit trail…

Victoria: I really hope you get her someday.

And of obviously Robin will find out and yep, you guessed it… we’ll get to that. That was an annoying part. Especially since this is now Season 8 and we have no official word if this is it or not, so you have to be moving towards the end game. Besides, Ted telling his friends Robin can’t find out is like Bruce Wayne trying to keep his secret identity from a girl he likes. Sure the episode is entertaining for the most part, but it’s beginning to feel like it’s just being realized that they have to potentially wrap things up this season. The issue is some things are still being added like the "get to that later" stuff… which I’d wager that EVERY fan hates those words. And other things simply get poorly and speedily written. This may have been the same Victoria when she came back at first but her character has been changed for sure and not in good ways.  The messy, needy, and jealous girl isn’t the same girl that came back at first. Even if some of this were true, you don’t sprint things like not being friends with Robin that quickly when there has been time to hint at it before. I digress. Let’s say I thought Victoria was awesome, knew she wasn’t the mother…but again, I’ll miss her presence.

Robin is the roadblock for Ted. Even Lily knows it. I’ll unpack this more in a moment. Once Robin was brought up you know it’s over. In Ted’s mind going after Robin is like send a politician to try and fix social security… that relationship/career is over. And we all know how important Robin is… The show started with her. Most fans I know wish that Robin could be the mother, but most fans also know that it’s not meant to be and have started pulling for she and Barney. Robin is the problem in almost every breakup… including hers.  Speaking of her relationship. You know it’s coming soon, but Nick was awesome this week.

Barney & Brover. Funny. Original, or at least I havent’ seen it used yet. I’d love to see Brover come back and the ring bearer for the wedding. Who knows.

Marshall & Lily. I don’t even wanna talk about it I was so under-intertained by them this week. Please never channel the inner goddess again. I beg of you.

Barney: The bitches love him… he buries bones all day…

Victoria: Do you think I need to keep this wedding dress? Or I will never ever need it again?

Ted: You guys are the worst.

Nick: popping a chub for some grub… eat my meat…

Robin: It’s not what you think, he just wants to have sex.

It’s Brover and a lady friend!

Brover: Some crazy bitch says I knocked her up
Barney: So you do have balls