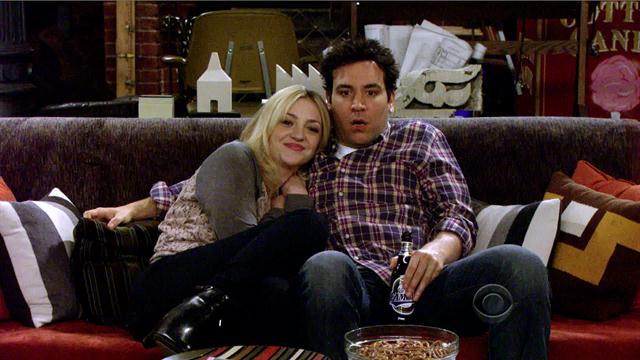 So welcome to the episode where Ted reminds his kids that he was a man whore in New Your before he met their mother… Not sure I have a lot to say here tonight. Ted starts by telling us this is the Jeanette is the last girl that he dates before their mother. So you might think this might be a pretty significant episode. In actuality, it’s really not. Overall a pretty nothing episode. Funny for sure, but nothing. Seriously, lots of good laughs, call backs and moments but  that’s about it.

There is the insinuation that Jeanette possibly blows up the apartment. So that’s fun.  Boba Fett, the boots, the Departed reference, Jeanette is wearing purple at the end… Let’s actually talk purple a second. I know a lot of you are into the color theories in HIMYM. They may or may not have credence, we know for a fact that yellow does, so why would we assume it’s the only color with significance  I’m sure someone else can fill us in more but I know that in Desperation Day that one of Robin’s co-workers says that purple is for pride and Robin & friends all wear purple to protest. I digress, though I would love to hear some other thoughts.

My final thought for the moment is where the hell was the Vicky Mendoza diagonal? Seriously the hot/crazy scale was a prime call back for this episode.

future Senator Mike Tyson (about Marvin): I could just eat you up

Barney: Why’s the Earth round? Why does the sun rise? What do I do for a living? Some things are meant to never be answered.

Barney (or Marshall… can’t recall):Wait a minute.. is she a CAAAAAWP?!

future Senator Mike Tyson (via Robin flashback): Here’s the thing about crazy. When a guy sends mixed signals to a girl, it takes a toll on her psychological well-being. You wanna know why a girl acts crazy? Look at the guy she’s dating. Then you’ll really see some crazy.

Ted: It’s those red boots, they just look sexy on everyone.

Robin hold Marvin till the wee hours of the morning…until a smell becomes noticeable.